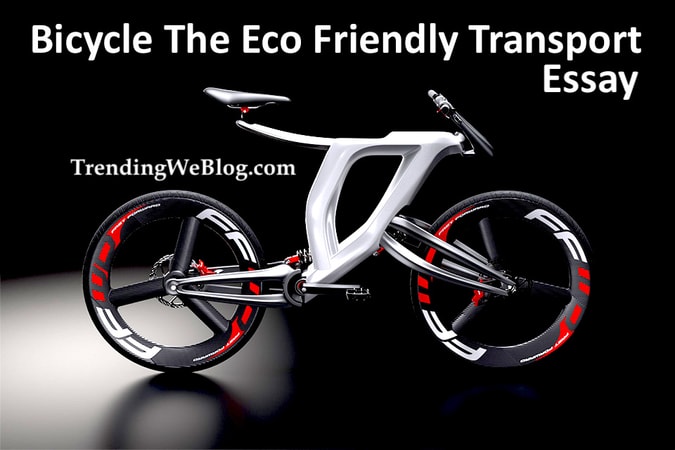 Essay on Bicycle The Eco Friendly Transport – Some people think that bicycle is the best mode of transport in the City? Do you think that advantages overweight third disadvantages? With the advancement of technology, there is a myriad of mode available to commute from one place to another. A sizeable majority of society opine that cycle is the optimum way to commute within the town and have myriad overshadow the demerits which will be discussed in the ensuing paragraph.

To initiate, the foremost and most prominent outcome is bicycles are the cheapest transport and add some advantages of eco-friendly mode to reduce the air pollution. In addition to this, it proved to be beneficial to curb the roadblocks and road accidents. The traffic of roads reduces to a large extent, especially during peak hours. One can easily move to distinct places with congested roads where four-wheelers cannot go by bicycle. Besides this, cycling is considered as best exercise and it does not only allow individuals to move from one city to other but also helps them to maintain a healthy cardio muscular system. A study conducted by Oxford University in a group of hundred percent on the way of transportation they use revealed that individual using bicycle are more energetic and healthy than those using automobiles.

On the other flip side of the coin, there are few negative aspects. Firstly, it is difficult for us to go far away regions bicycle. Furthermore, it is a slow mode of transportation and takes much time while computing and take a large portion of one’s energy and make them tired. Moreover only climate transport land can promote using of bicycle and where road safety is the privilege proceeded to the cyclist.

To conclude, bicycles are the lowest mode of commuting yet the positive side overweight the negative.