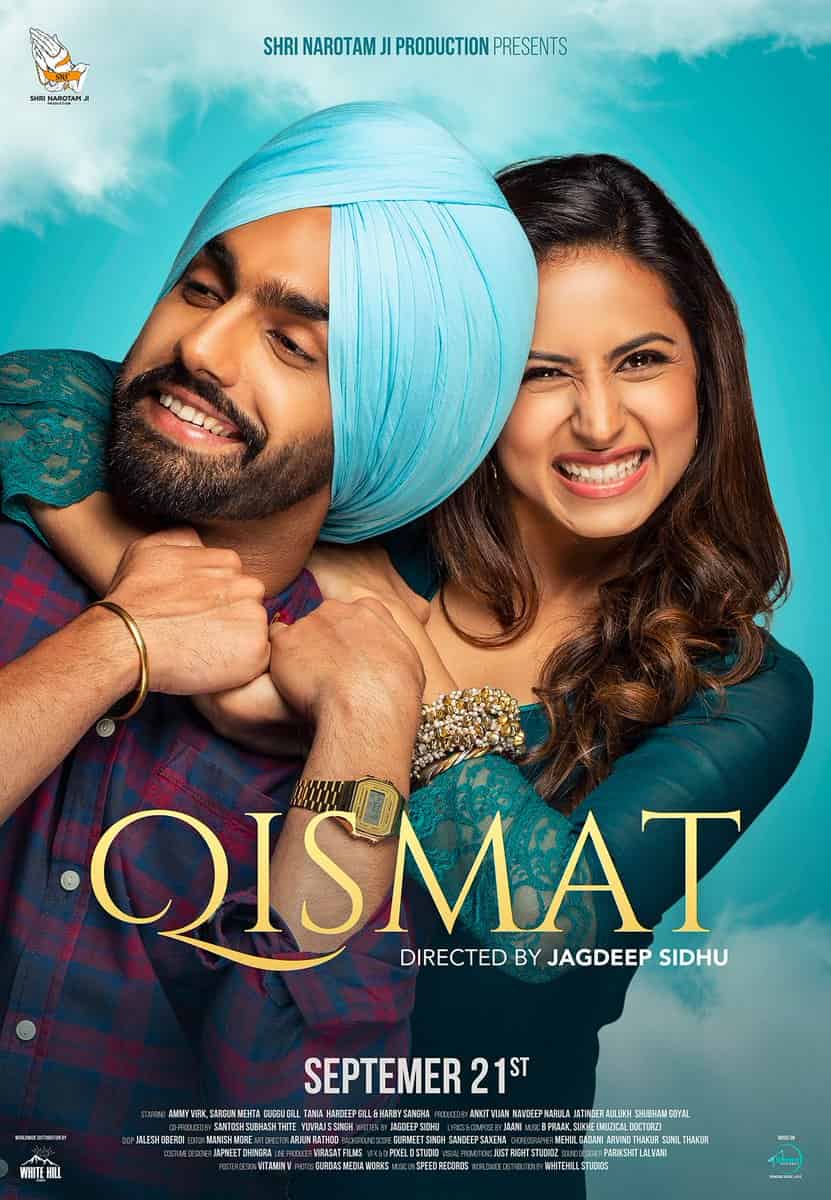 Ammy Virk is a big star now and has produced many hit films. Now the upcoming Punjabi movie is Qismat which is going to be another good movie. It can say it because the first look poster of the movie shows the sweet chemistry between the lead star cast. After Ammy’s debut in superhit “Angrej”, he came in limelight in Punjabi cinema.

And here it is ..#QISMAT FILM da 1st poster
Releasing worldwide on 21st SEPT 2018
IN THEATRES NEAR YOU. 💃💃💃💃💃@AmmyVirk pic.twitter.com/cvskbEA354

Movie Qismat is going to release on 21st September.

The shoot of the film is done. Now the team is working on the trailer and soon it is going to release. Most of the shoot took place in Punjab only mainly Mohali. As per the latest update from Sargun Mehta, the trailer is getting ready and soon it will be launch under White Hill Youtube channel. Ammy Virk fans are waiting for the trailer to be launch soon. As soon as the trailer will be uploaded we will update you so stay tuned for more update.

Update on all Upcoming Punjabi Movie 2018.