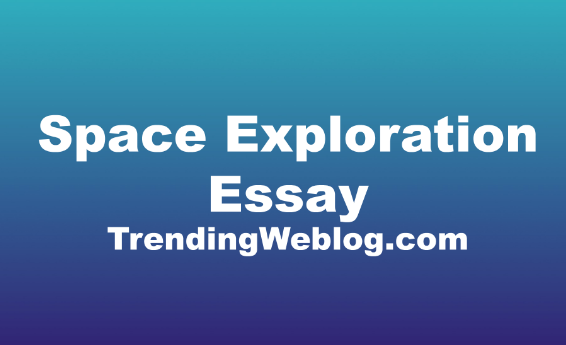 Space Exploration Essay – Governments around the world are spending billions in support of space programs. This money would be better spent on research into improvements in human health. To what extent do you agree or disagree with this opinion. It is ironic to note that countries; both the developed and developing, are spending huge sums on space projects at a time when many pandemics and epidemics are still remaining incurable and millions across the globe are dying due to entirely preventable diseases. So, I agree with the opinion that scientific researches ignoring the health of people are very unjustifiable.

To begin with, there are so many deadly diseases wreaking havoc with human’s fragile fight for survival. Some of them are aids, various concerns, and genetic disorders and so on. It requires a lot of time and money to study about these diseases and devise their treatment. Moreover, industrialization and economical progress brought new diseases like diabetes and cardio-vascular problems because of the more comfortable life they offer.

In addition, launching a space shuttle into the sky requires huge amount of money and it produces a lot of pollution. It brings new health issues that need additional funding. So, some argue that space research can only bring problems, not benefits.

However, some believe that through space research, humans might be able to colonize another planet or planets, which can help control overpopulation. Also, other heavenly bodies are rich sources of metals and minerals which are scarce on earth. Furthermore, one cannot deny the possibility of finding life on a planet other than earth. Lastly, there is a chance we could find a panacea for all diseases on some other planets.

In total, I am of the opinion that scientific studies including space research should be funded, but not by ignoring the health of people. Human life is more important than heavenly bodies.