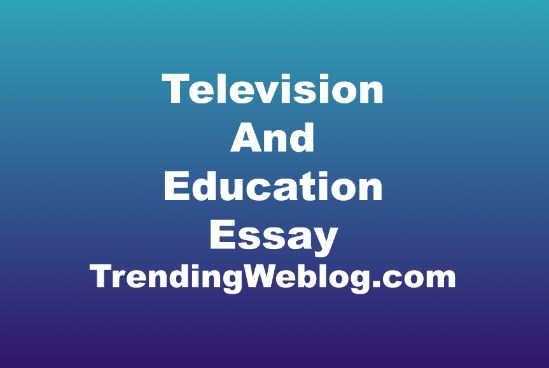 There is a lot of controversy about whether television can play the role of a teacher. Some people hold the viewpoint that it can never be educational at all. Others, however, disagree, referring to its high potential to teach through amusement.

As a matter of fact, television nowadays can hardly be called educational. All those talk shows and soap operas telecasted every day are complete wastage of time and can even have negative effects by distracting young and undisciplined people from their studies. Moreover, so-called educative channels like National Geographic cannot replace books and academic lectures because they are meant to entertain people and they do not have the aim to give deep and concentrated knowledge.

However, television can be a powerful way of delivering information and a nice part of the learning process. Educational Methodists have proved that the more various senses are involved, the better the result be. Television is audiovisual, so its usefulness is obvious. Many teachers already use this advantage actively by conducting slideshows which go as supplementary material to many languages courses.

The effectiveness of television as an educational took depend on the people who use it. One cannot expect that all television channels would be filled with lectures and video-lessons. However, it can be used as a secondary medium of getting knowledge.