The ownership of cars should be restricted to one per family in order to reduce traffic consumption and pollution. 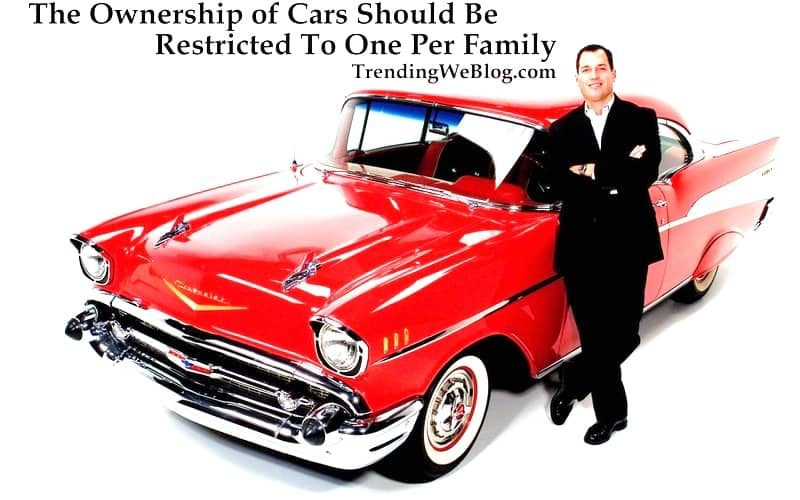 The ownership of cars should be restricted to one per family in order to reduce traffic consumption and pollution. To what extent do you agree or disagree? Write an essay in around 300 words. Strata of masses believe the one may curb this the terminal situation by limiting the possession of four wheelers per family while others over it. I disagree that only limiting the number of personal vehicles unit of group cannot be effective to combat situation. Other multifarious steps should be taken which will be discussed in the ensuing paragraphs.

Roadblocks are most prominent think that can be witnessed anytime anywhere especially during peak hours. Because of the number of automobiles on road. Higher authorities should introduce more public transport which should be frequent to encourage locals to commute buy it, instead of a personal vehicle. Moreover, rose Lane should be widened and flyover should be constructed to halt traffic jams.

Furthermore, locals can also contribute to condense the traffic blockage and pollution by encouraging activities like carpooling, cab pooling while moving to work areas or local markets, instead of taking an individual car. A trial rule was introduced by the government of India in Delhi name even odd for a month. In which even and odd number vehicles, who allowed on roads for the alternate day on odd and even date respectively. As a result, it not only reduces the problem but reduces air pollution in the city. In some countries, the government drop the number of vehicles on road by imposing extra taxes on the extra possession of vehicles.

To conclude I believe that limiting automobile per family is workable only with the combination of other measures to drop air pollution genuinely.