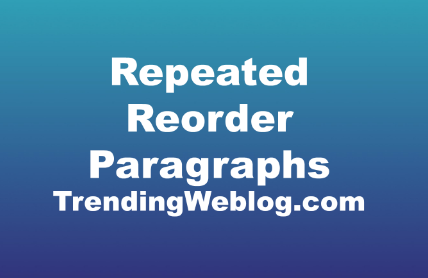 In Reorder Paragraphs questions, the sentences are placed in random order and you are required to arrange the text in original order. This item type assesses reading skills. Reorder Paragraphs exercise requires test takers to be familiar with the organization and cohesion of academic texts and arrange text in a single correct order. A) China’s Communist Party prohibits officials from gambling, but until the 2012 crackdown, officials had reportedly visited Macau’s casinos to gamble and spend.

B) But Chinese President Xi Jinping’s campaign against corruption and luxury spending, which began in December 2012, has seen officials and others from the mainland more wary of gaming and spending in the city.

C) Macau is the world’s largest gaming center – ahead of Las Vegas – and the only place in China where casinos are allowed.

D) A special administrative region of China, Macau’s economy relies heavily on gambling and shopping – especially by big-spending tourists from the mainland.

A) A passionate skier, he was frustrated by the time it took to sort through potential flights.

B) This is how his company was founded. Gareth Williams thrashed out the original idea for Skyscanner with two university friends in a pub back in 2001.

C) And there is an air of secrecy within the building – I was strictly not allowed to film any screens with live data that might reveal their secret sauce for crunching flight availability and travel date.

D) You have to go through a slick PR machine to get time with Gareth Williams. But once you reach him, it’s like having a chat with a friendly, unassuming bloke down the pub.

E) The company’s headquarters in the heart of Edinburg, Scotland is a vast, dark, mirrored edifice.

A) The scandal has led to growing calls for Ms. Park’s resignation, but she has said the allegations are “fantasy”.

B) In return, Samsung is alleged to have given financial favors to Ms. Park’s confidante Choi Soon-sil, Yonhap said.

C) They are probing whether Park Geun-Hye pressured the fund to support a Samsung merger, said the Yonhap news agency.

D) South Korean authorities have raided the offices of Samsung and the national pension fund as part of a corruption investigation linked to the president.

E) Ms. Choi, who has been charged with coercion and attempted fraud, is accused of using her close relationship with Ms. Park to obtain favors and funds for her own gain.

4. Re-order / Rearrange the sentence in such a way that makes sense.

A) The Stena Line ferry between Rosslare and Fishguard in Pembrokeshire was unable to dock on Monday with 87 passengers and 59 crew stuck onboard.

B) Passengers described “rough seas” and sickness as they finally left the ship.

C) A ferry is back in port in Wales after its passengers and crew spent the night stranded in the Irish Sea.

D) It was forced to sail to sheltered waters off the Llyn Peninsula in north Wales overnight and eventually docked nearly 24 hours later than planned.

A) The images are now the subject of a new book, Clear of people.

B) As fugitives, they walked only at night and lived on what they could find.

C) Using a rough map found in his great uncle’s diary, he went back to document the perilous route – through Russia, Belarus, Lithuania, and Poland.

D) Three months later they were reunited with their family in Wroclaw.

E) In 1945 Anatol and Wiktor Lewandowski escaped from a prisoner-of-war camp in Kaluga, Russia and traveled more than 2,200 kilometers on foot, across fields, through forests, valleys, and rivers to make it back to Poland.
F) The journey was recreated by Anatol’s grandson, Michal, in 2013.