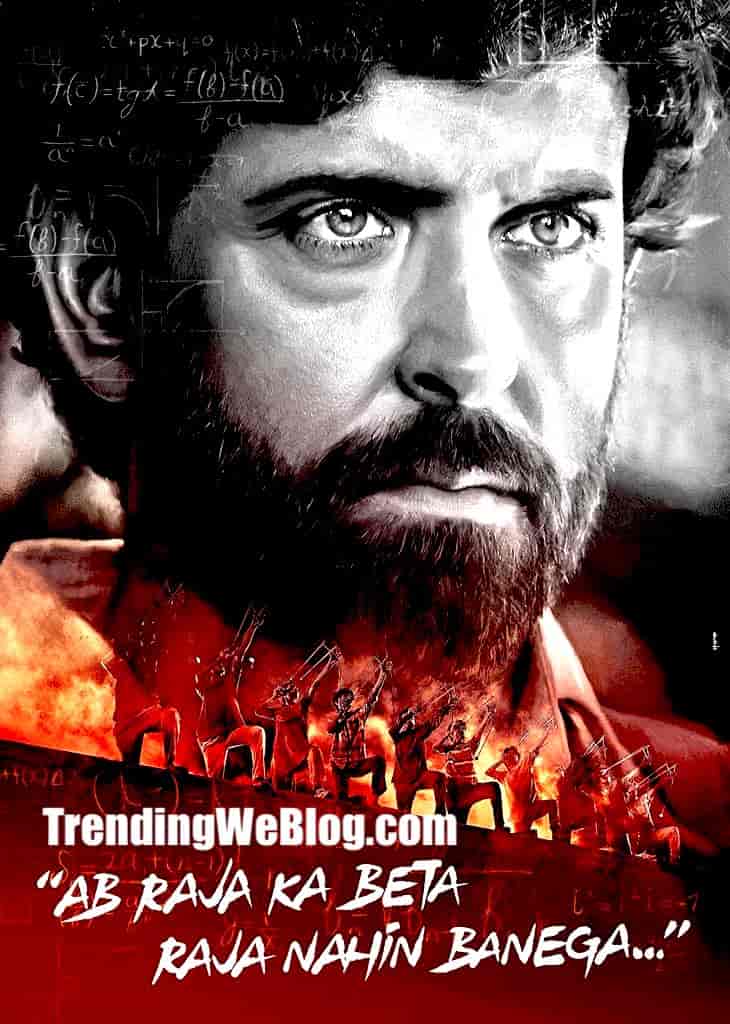 Finally, Hrithik Roshan reviled the first look poster of his upcoming movie Super 30. Especially on “Teachers Day”, he revealed two posters of Super 30 Movie. The first poster of the flick show Hrithik in a big beard and looks like he wants to pinpoint something. On the top we can see mathematics formulas and 10 boys holding Catapult, targeting on their mission. At the bottom, we can see a tagline “Ab Raja Ka Beta Raja Nahin Banega..” Super 30 movie is a biographical drama film based on the life of mathematician Anand Kumar and his educational program Super 30. Anand Kumar is best known for his Super 30 program which was started in Patna, Bihar in 2002. Basically, he coaches economically backward student for IIT-JEE (Indian Institutes of Technology). Out of 480 students, 422 made it to IITs. His documentary was showcased on Discovery Channel and he was also invited by the prestigious Massachusetts Institute of Technology and Harvard University.

He indulges in many controversies as well

On 23 July 2018, he faced fake IIT results reports in newspaper Dainik Jagran accusing Anand Kumar of deceit to gain publicity. The report alleged that he made a misleading claim that on the said year only 26 made out of 30 students in IIT JEE exam.