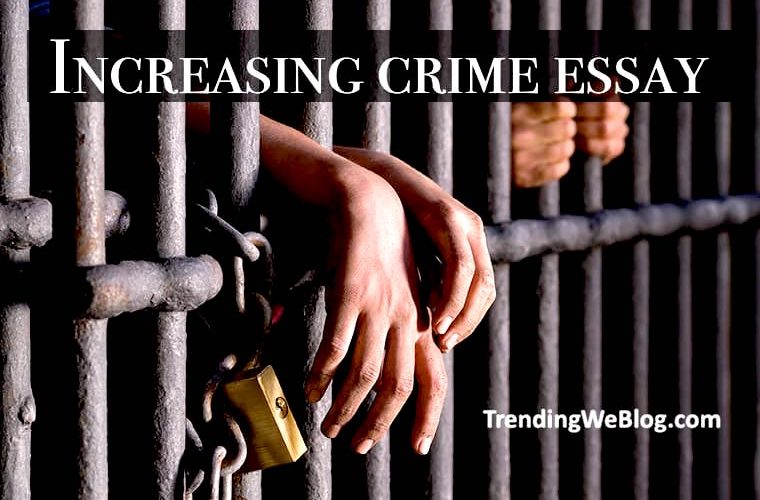 Increasing Crime Essay – In many countries, the amount of crime is increasing. What do you think are the main causes of crime? How can you deal with those causes? It is an irrefutable fact that anti-social, illegal activities are accelerating at a higher rate not only in developing countries but also in developed countries which has turned an alarming situation. There are myriad of factors for this worrisome situation which I will be discussing in ensuing paragraphs along with the situation to control and eradicate it.

To initiate, among the multifarious origin of offences are the most prevalent and prominent is poverty. In most of the impoverished regions, locals are unable to meet up their basic needs. In order to fulfil their needs and make easy money, they indulge themselves in anti-social activities. In addition to this, unemployment also plays a great role in flourishing unethical actions. After academic qualification youngsters get involved in evil-doing like robbery, snatching, drug dealing as they believe they can make easy money through such moves.

As every lock has the key, the plethora of stringent actions can be taken in order to cease and combat delinquencies. Firstly the highest authorities should provide employment to youngsters and also open Training Institute to teach practical skills to natives so that they can earn their livings. Moreover, the awareness regarding the punishments and plenties on breaching law must be conducted so that criminals think twice before committing actions.

To conclude, I would say that the government should impose strict norms in order to tackle the crime. Besides this, one should take wants to follow the law and contribute to the reduction of the crime rate.