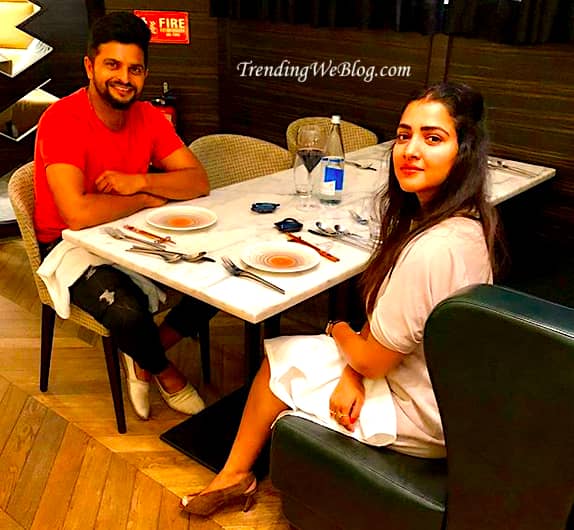 Left-handed batsman Suresh Raina is one of the key players in the National team of India. Indian International cricketer Raina is aggressive batsman which comes to at in middle order. In his early day, he played for Uttar Pradesh in all forms of domestic cricket. He is the second youngest player who captained Indian cricket team ever. He one 1st batsman of the three Indian players to score a century in all formats of international cricket. Raina made debut in 2005 and still plays for India. Raina played some aggressive knocks for India at ICC Cricket World Cup. Suresh Raina manages to help India on various occasions. Let’s talk about his personal life and Suresh Raina Wife. Suresh Raina said it is an arrange marriage as their parents know Priyanka’s family from a long time. Raina said he meet Priyanka at the airport for 5 minutes when he was travelling to play IPL match. Before that, he remembers that she meets her in his childhood days only. It was a surprise when Raina’s mom call him Australia and said your marriage is fixed with Priyanka. Now Suresh Raina wife stays in Utter Pradesh and stopped working as an IT professional.