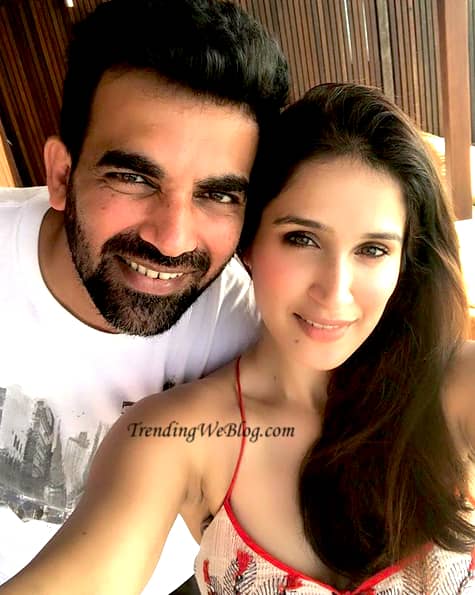 Professional cricketer Zaheer Khan played international cricket from Indian national team. The left arm fast medium bowler was the most successful Indian bowler from 2000 till 2014. He is best known for moving the ball both ways off the wicket and swing the old ball at some pace. Key player of the 2011 ODI World Cup winning team. He manages to take 21 wickets in just 9 games. Zaheer received Arjuna Award from President of India. After the win, he decided to settle down and get married. Now let’s talk about Zaheer Khan wife. Sagarika Ghatge is an Indian model and film actress known for her work in Chak De! India. In the year 2007, she was very active and people want to know about her. She made her Bollywood debut in 2007 with a role of Preeti Sabrwal in Chak De! India. After her debt, she was offered many films but none of the films did well at the box office except her debut movie. She made her Marathi debut in 2012 and Punjabi film debut in 2015. Still, she is filming monsoon Football in 2018. Zaheer Khan wife was already popular before marring India’s fastest bowler.