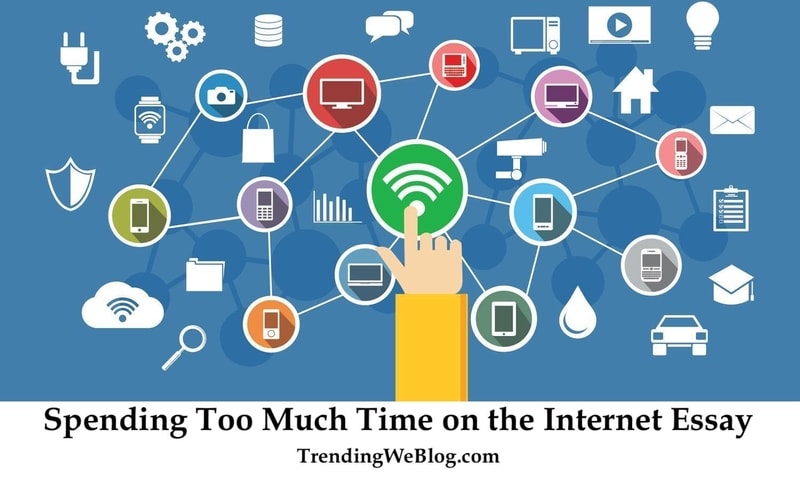 Spending too much time on the internet essay – Some people are concerned that children spend too much time on computers, playing games, chatting and watching videos. But all this time is actually good preparation for children who will have to spend money are working on computers throughout their education and their working lives.

To what extent do you agree or disagree with this statement.

Spending too much time on the internet essay IELTS

Sizeable majority section of society is continuously worrying about the young generation which is being overly occupied using sophisticated gadgets most of the time while others sociologist deem that such behaviour will prove to be fruitful in their upcoming future employment and academics. I completely disagree with this belief and the factors to support notion will be discussed in ensuing paragraphs.

To initiate, the school goers in their formative age should concentrate on their academics in order to achieve a high grade and survive in the competitive world, rather than wasting time on social networking sites, video games and watching television. In addition to this, mostly busy with laptops iPad, the kids do not socialize and talk to their elders which weakens the social threads and bonding with family.

Furthermore, sitting for long hours in front of computer screens affects their health. Because of the sedentary lifestyle and lack of physical activities the immunity of Tiny Tots decreases and also affect their vision. The little ones can perform well on their career and exam only if they are physically as well as mentally fit. Case in point a study introduced by the group of social scientists of Oxford University revealed that young ones are mostly engaged utilising smartphones, electric gadgets which are largely less energetic and leads to weak immune system.

To conclude, I claim that guardians should limit the time of usage of electric gadgets and internet and must indulge them in some outdoor activities for the holistic development of their offsprings.