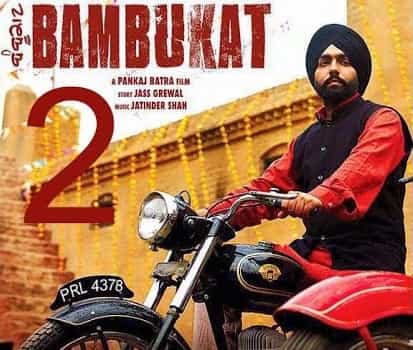 Bambukat 2 is finally announced by Binnu Dhillon. The movie’s shoot will begin in coming months after the wrap of Mar Gaye Oye Loko. Bambukat was liked by the audience and people want to see the same star cast once again. As per latest update dates of Ammy Virk and Binnu Dhillon are not free but still, they are finding dates to shoot for Bambukat 2.

Recently released Carry on Jatta 2 was a super hit and Binnu Dhillon was best out of all. Bambukat was another super hit performance by Ammy Virk and Binnu Dhillon. Overall Punjabi movie is getting a lot of business with less investment. Now people what to invest in Punjabi movie that is why Punjabi movies are raining daily. All these things are helping Punjabi singers and actors to reach more audience. Release Date – Not announced yet

Trailer – Details will be uploaded soon…

Still, there is no clear announcement of shoot start. Bambukat 2 will defiantly be one of the most awaited movie of the year or it may shift to next year as well. Still leading star cast is busy working with other films.

Upcoming movie of Ammy Virk and Binnu Dhillon is updated. Bambukat collected Rs. 20 crore and Bambukat 2 is expected to collect more than 30 crores. The movie will be made with the budget of 4 to 5 crores but as per expectation movie can get more collection due to the popularity of Binnu and Ammy Virk. Still, we have lots of Punjabi audiences who don’t want Punjabi movies.

Now we will update you on all upcoming stuff from Punjabi industry. Stay tuned with us and get the latest information on upcoming movies, schedule, shoot, movies announcement, first look poster, movie review videos, box office collection and many more.